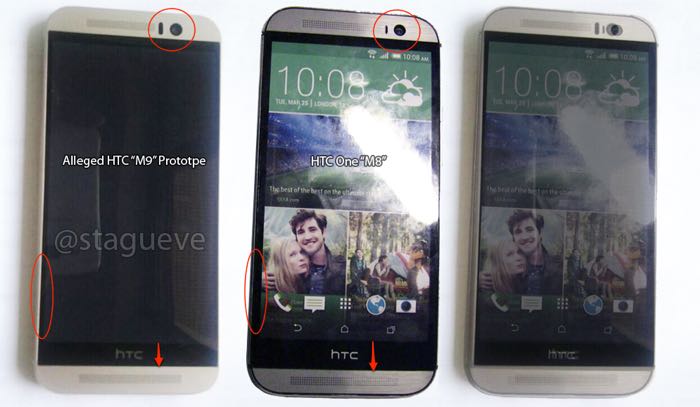 Yesterday we saw some photos of the new HTC One M9 smartphone, the photos were said to be of a prototype of the device.

The original photos were revealed by French site Nowhereelse, and now Steve Hemmerstoffer from the site has posted a pick of the handset on Twitter next to the HTC One M8.

As we can see from the photo the design of the two handsets is very similar, although the HTC  One M9 appears to have a thinner bezel than on the previous version.

The HTC One M9 is rumored to feature a 5 inch display with a QHD resolution of 2560 x 1440 pixels and the handset will also come with Android 5.0 Lollipop.

We will have more information on the new One M9 smartphone when it is made official at MWC 2015.