It turns out HTC lied back in May and the Desire Z Gingerbread update wasn’t coming by the end of June.  Seeing the impending self-imposed deadline approaching and knowing they wouldn’t meet it, HTC promptly sprang into action and did absolutely nothing for two weeks. It kindly just issued an announcement on its Romanian Facebook page, however, that Gingerbread may possibly be coming in the next few weeks, end of the  month tops. Which in HTC time probably means early November. 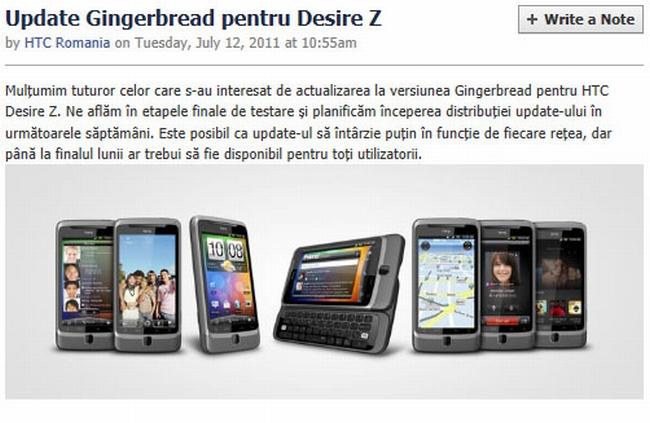 Never fear though, we’ll probably get an update in a couple of months to say the Desire Z needs at least 4 GB of RAM to fully bask in the glory of Gingerbread, so they’ll just strip out Sense again, like they did with the original Desire. HTC, just to put this whole thing in perspective, Sony Ericsson is updating its devices faster than you are, while adding features like UI Facebook integration in the process, not stripping them out.