If you are patiently waiting for the launch of the new HTC Salsa and HTC ChaCha Facebook phones, you will be pleased to know they have taken a little step closer to launch and are now available to pre-order.

The official launch date for both phones is June 26th 2011 but the Facebook phones are now listed on Amazon for the following prices, ChaCha at £249.99 and the Salsa at £319.99. The two phones have been labelled the Facebook phones due to the dedicated Facebook button on the front of each and the way Facebook has been integrated into the handsets. 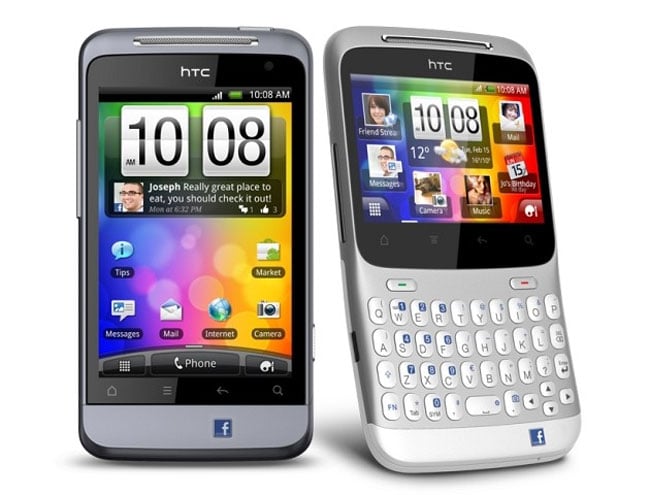 The Salsa has a full capacitive touchscreen interface with a 3.4-inch screen and a resolution of 480 x 320, running Gingerbread and fitted with a 5MP rear camera and Wi-fi together with support for HSDPA networks.

The cheaper ChaCha Facebook phone is fitted with a QWERTY keyboard and a smaller capacitive touch sensitive 2.6-inch screen with a resolution of 480 x 320. It comes preloaded with Android 2.3 and has a 600MHz processor, together with a rear 5 megapixel camera and a front facing VGA one. Take a look and our article on Android vs iPhone to see which smartphone and mobile platform is best for you.