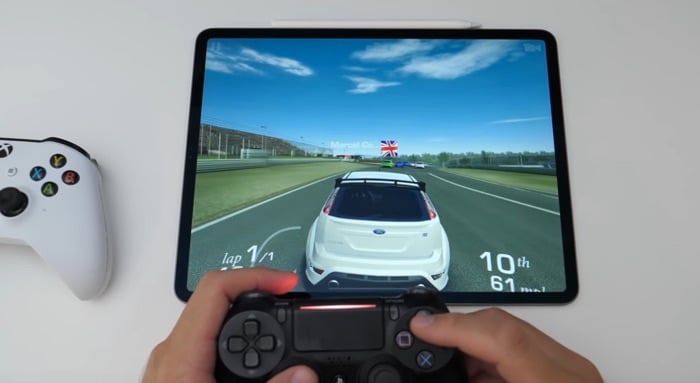 Apple’s new iOS 13 bring in support for some new gaming controllers, this includes the PlayStation 4 controller and also the Xbox One controllers.

The video below gives us a look at how the gaming controllers can be used with your iPad in iOS 13, this is a great new feature for gaming.

As we can see from the video it is easy to setup the PlayStation 4 controller and the Xbox One controller with the iPad in iOS 13. It looks like this will be a great to play games on the iPad when the feature is added.

Apple will add this feature to iOS 13 when it is released later this year, the iPad is getting a custom version of the software which is called iPadOS. The software is expected to be released some time in September along with the new iPhones.