When you think of pre-fab houses, you think of something that’s dull and unattractive. Bellomo Architects wants to turn the idea on its head with its new housing solution. 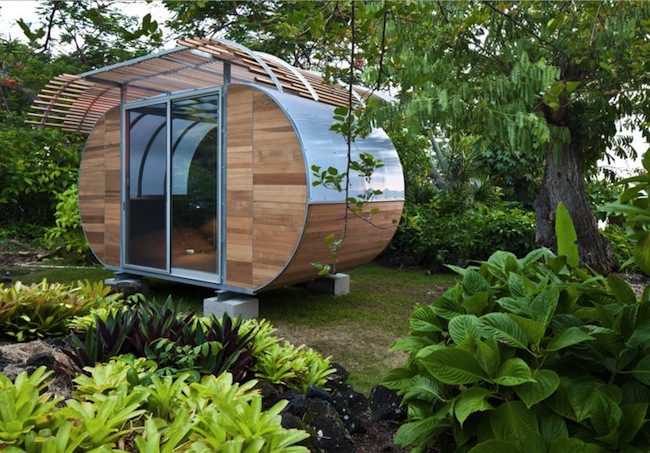 The House Arc ships in flat boxes, ready to be assembled by its new owners, IKEA-style. This makes it both very economical as well as environmentally sound.

The structure itself ships in a small box that’s no more than 4 cu. meters large and requires no special training to put together. When assembled, the total area of the home is 14 sq. meters and weighs around 1.3 tons.

As you can see in the image above, the finished product looks similar to a trailer, though one that you’d both be proud to show off not just because you built it yourself, but because of the aesthetics that its designers have put into it. It allows natural light through large windows and a trellis regulates the heat flow into the structure. It’s also raised to allow air flow through the bottom for better cooling and the roof can be rigged with a solar panel for its energy needs.

And if you’re wondering if it can withstand the forces of nature, you’ll be glad to know that it can take beatings from tropical winds and rains. The best part is that its designers are working to have these housing solutions deployed in emergency and disaster areas where shelter is sorely needed.