Seen below is a new wind turbine for home use. Can’t say it looks smart, but the additional juice it provides for household usage should be incentive enough. There are a few drawbacks though. Curious? Just hit the jump for the whole scoop. 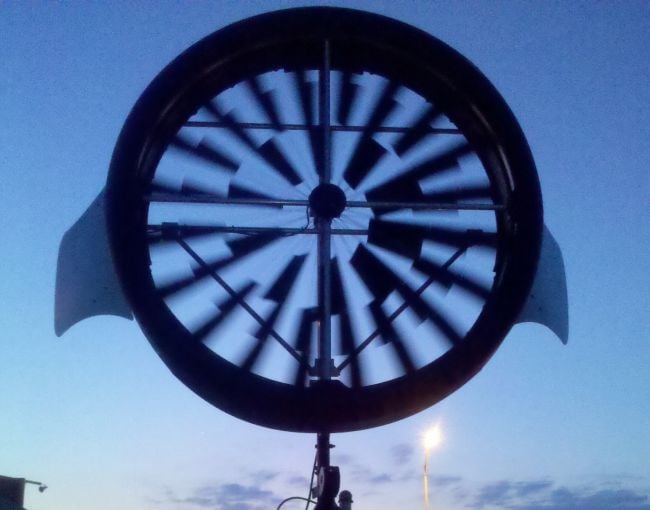 Seen above is the WT6500, the latest home use wind turbine from Honeywell. What sets it apart is its optimum performance. Thanks to a combination of magnets on its turbine blades and a copper lining, the turbine itself works as a generator and can produce a DC current from very weak wind currents. It won’t power a whole house (well, maybe a small house like a shack) but it can contribute enough to offset the monthly bill a little. Those fins on either side? They direct the fan toward the wind current.

If you’re think the company is familiar well, they’re also known as Honeywell International. They also make parts for the F35 Joint Strike Fighter. And home appliances like electric fans, apparently. These guys sure know their business.

The drawbacks? More like drawback, really, because the WT6500 is a tad expensive at more than $10,000 per unit. It’s also large, being six feet in diameter. But if you often have gale force winds in your town, well this might just be worth the price.