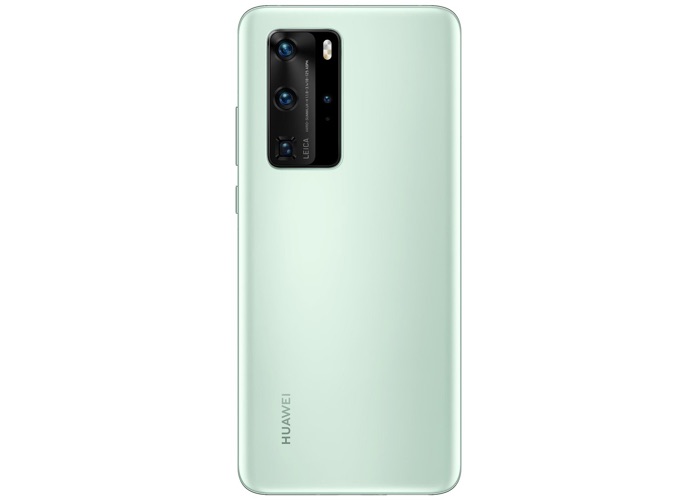 We have already see some photos of the new Huawei P40 Pro and now we have another leaked press render of the handset.

The picture above which shows a light green version of the Huawei P40 Pro was posted on Twitter by Evan Blass.

The handset will come with a 6.2 inch or 6.2 inch display and the device is also rumored to feature a 64 megapixel Sony IMX686 camera as the main camera.

As we can see from the picture the handset appears to have a total of four rear cameras and a flash, those are the only details we know about the handset so far.

As soon as we get some more information on the new Huawei P40 Pro smartphone, including a full list of specifications and a launch date, we will let you know.