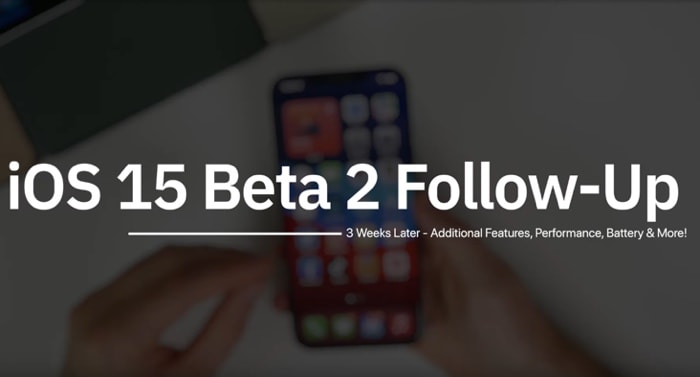 We have already seen many of the new features that were released in the iOS 15 beta 2 software and now we have another video on the beta.

The video below from Brandon Butch gives us another look at the new iOS 15 beta 2 release and some of its features. The software was released a few weeks ago and we are expecting another beta soon.

As we can see from the video there are a number of new features coming to the iPhone with the release of Apple’s iOS 15 software.

Some of the new features coming to the iPhone with iOS 15 include Shareplay which lets you watch TV shows and movies with your friends over FaceTime, you can also listen to music and more.

The update will also bring a range of new features to existing apps with updates for Apple Health, Messages, Weather and more.

We are expecting the third beta of iOS 15 to land some time this week, it will be interesting to see what changes there are in the next beta. Apple will release the final version of the software along with the new iPhone 13 some time in September, we will also see the new apple Watch and watchOS 8 at the same time, plus iPadOS 15.