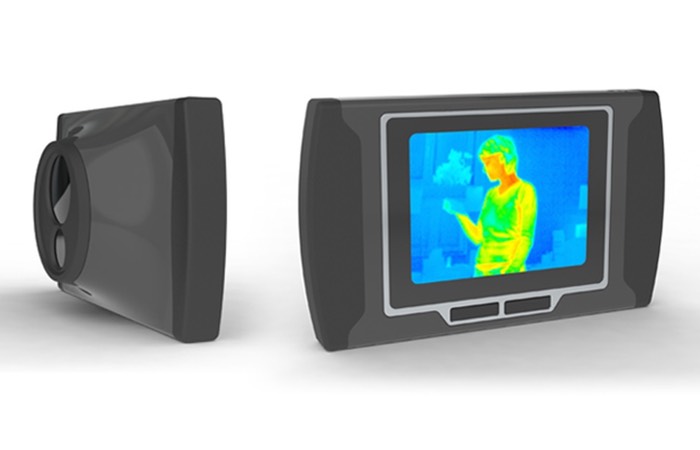 Erik Beall has created and launched a new thermal imager called the HemaVision that has launched (the Kickstarter crowdfunding website and already raised double its intended pledge goal in just a few days after launch.

HemaVision is an advanced thermal imaging device design to help users diagnose a situation to understand if there is a problem within your building, equipment or manufacturing process may be.

For more information on the new HemaVision thermal imager jump over to the Kickstarter website for details and to make a pledge from $250 via the link below. Beall its developer explains a little more :

“The issue with all thermal imagers is that they show you the temperature of something, but they don’t tell you if that temperature is within a normal range or something you have to be concerned with.

However, if you did have a thermal imaging device to detect temperature, how would you know what temperature indicates a leaking pipe or if the circuit breaker was running at an abnormally high temperature? And thermal imagers aren’t always easy to use. Did you know that if your imager is too far away from a hot wire, the temperature your imager will report is wrong?

With current thermal imagers, both trades professionals and consumers would need training to understand if a temperature is likely to result in an issue. And even if someone was trained, quantitative tasks are time-consuming and require temperatures to be entered into a spreadsheet or program.”