Polish developers Teyon Games have this week announced that their new game Heavy Fire: Shattered Spear will be launching on January 29th for Xbox 360, PS3 and PC.

The new Heavy Fire: Shattered Spear provides an on-rails shooting experience, catapulting players straight into rapid-fire action, and has been  updated with a new graphics engine. Watch the trailer after the jump to see it in action. 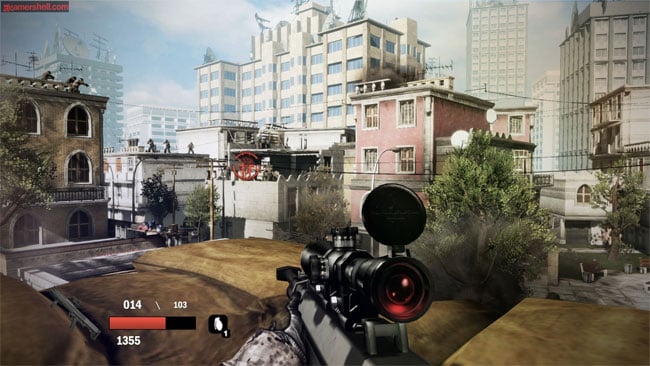 Heavy Fire: Shattered Spear includes a 4-player cooperative mode, and has 60 achievements and awards to collect on Xbox 360, and  more on PS3 consoles. Its developers explain a little about the games story in todays press release:

“Heavy Fire: Shattered Spear puts you on the front lines preventing the ultimate nightmare – nuclear Armageddon. You start by going deep behind enemy lines to rescue a spy with critical information. As the fighting escalates, use your wide selection of weapons including pistols, grenades, machine guns, shotguns, sniper rifles, helicopters, tanks, and the mighty AC-130 to reach the enemy base. Once there, disarm the nuclear missile…before it’s too late! Upgrade your equipment and skills to improve chances of success.”