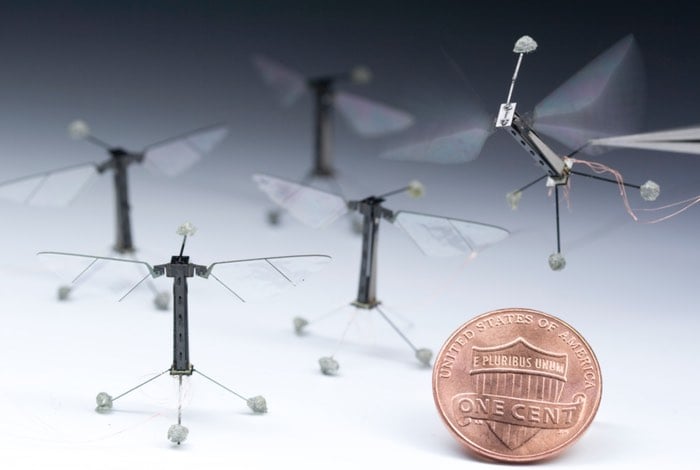 Researchers at Harvard have this month unveiled new developments within the creation of the Harvard RoboBee. A tiny robot drones that takes the form of a tiny paperclip size device that is capable of hovering and flying similar to that of real bees.

Although the current prototypes of the RoboBee need to be tethered to a power source, the researchers have now been able to add the ability for the robot drones to be able to hover, fly, dive and now swim in water.

Adding functionality that not even real bees are able to replicate. Watch the video below to learn more about these tiny robot drones that are capable of flying in calm air.