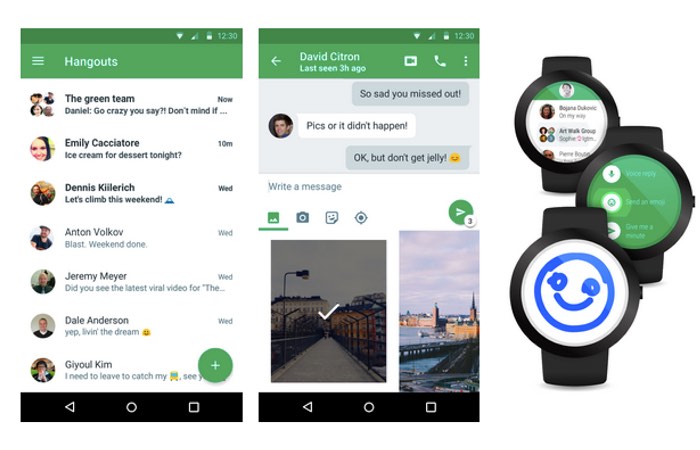 After being unveiled previously Google nearly two months ago, the search giant now Know as Alphabet, is now starting to rollout the new Hangouts 4.0 app for Android.

The new redesign has made Hangouts 4.0 for Android faster, simpler, and easier on the eyes with a fresh new look and makes it even easier to reach people the way you want to, says Google.

New features Google is rolling out within Hangouts 4.0 include

• Hangouts is sleeker. Now updated with material design, Hangouts has a new look and feel: items respond to your touch in more intuitive ways and transitions between tasks are more fluid.

• Hangouts is simpler. The new Compose button makes it easier for you to start a new group or conversation. Our streamlined contacts list helps you find the right person quickly. And attachments have been revamped and simplified, so sharing—of emoji, GIFs, your location, even multiple photos at once—is a snap.

For more information on the new Hangouts 4.0 app for Android jump over to the Google Blog website for details.