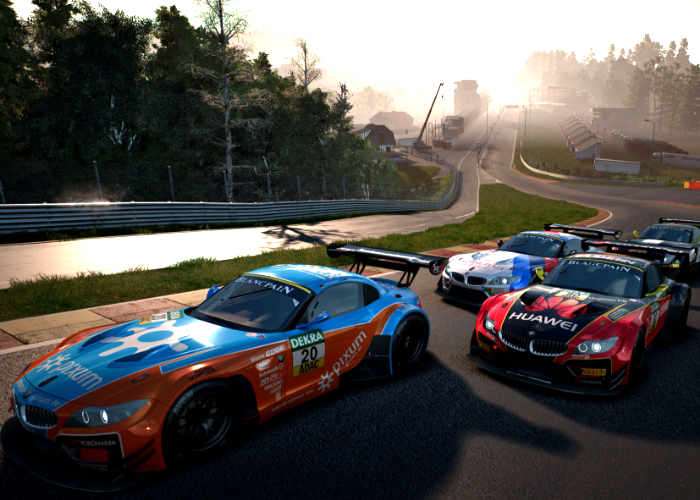 Simbin Studios UK, Studio Head Allan Speed has this week confirmed that the GTR 3 racing game which is currently under development will launch sometime during 2018 and will be available for PC, Xbox One and PlayStation 4.

The new GTR 3 is being designed using the unreal 4 games engine and uses latest generation technology to provide both a “hard-core” simulation as well as a casual gaming experience.

Allan Speed Explained in an interview with the Race Department website :

It will be proper simulation but for the console version the casual user is just as important. At some point RaceRoom will switch over to the technology we are creating and we’ll just take that a different route, as in simulation with support for both console and PC.

The plan is after 6 months we’ll have a first playable. We are working on deals at the minute with publishers which takes time of course. We’ll have something on all three platforms, it will be one track, weather, damage, new particle system, physics and AI. I suspect we’ll have multiple cars on that track with all the new systems running

The only thing you’ll need internet for is if you want to race online multiplayer, that’s it. That’s very different from R3E. In R3E we are using Steam wallet and a shop portal that needs an internet connection. All those things mean you have to be always online. With GTR it’s a standalone product

As soon as more information is announced, trailers released and launch dates confirmed we will keep you up-to-date as always