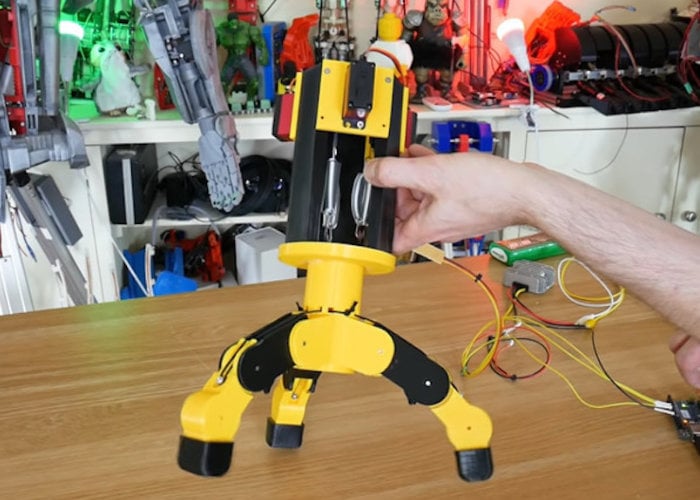 If you would like to learn a little more about electronics, Arduino and robotic arms you might be interested in new project created by James Bruton this month which shows how to build your very own force controlled robot arm gripper. Watch the tutorial video below to learn how an Arduino Uno together with a few 3D printed parts, a handful of springs and servos can be combined to create a fantastic force control/feedback robotic hand.

James explains a little more about the inspiration behind the project. “I’d really like to build a whole robot arm with force control/feedback. I thought I’d start with a gripper – using elastic tendons between the servos and the fingers so I can measure the force that’s being applied. I’m using Arduino and flex/bend sensors to measure the difference in position between the servo and the finger.”

“To correlate servo inputs to grip force, he uses a series of springs to allow some amount of compliance, as well as flex sensors attached to the fingers themselves to measure the resulting positions.”

James has kindly uploaded all the required code to the Github website together with .stl files you will need to 3D print the components to make your very own.