Recently the Ouya open source gaming console which proved to be wildly popular on the Kickstarter funding website, revealed that console gaming as we know it is definitely going to radically change in the next few years.

Now Charles Huang, Guitar Hero codeveloper together with Palm’s Matt Crowley have created Green Throttle Games and are looking to transform Android tablets and smartphones into full-scale gaming consoles. Watch the video after the jump to learn more about the Green Throttle Games project and see it in action. 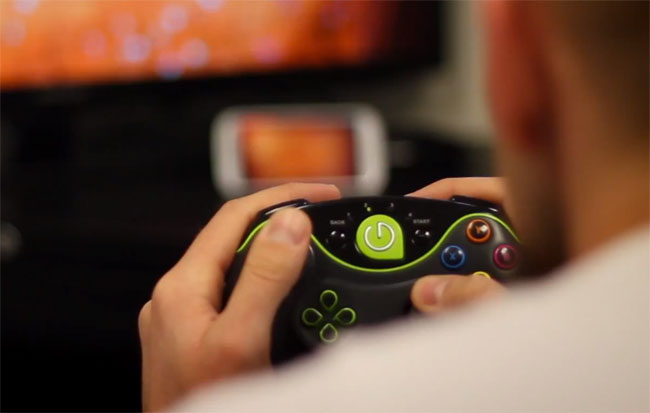 Green Throttle’s software developer kit (SDK) has been created to enable multiplayer gaming on big screen televisions using the first true analog wireless gaming controller, combined with your Android tablet. Whilst their new controller features full analog control sticks and is compatible with Android phones and tablets that include a video-out port.

“The Green Throttle Arena app will provide a central hub to find and highlight games developed by Green Throttle and other independent developers and publishers. Green Throttle is already working with emerging and veteran development studios including nWay, Free Range Games, Mercenary and Monstrous.”

The Green Throttle SDK and development kit are available now, but unfortunately no information on pricing or worldwide availability has been released as yet for the consumer side of the system, but as soon as information comes to light we will keep you updated as always.