Have you ever wondered if real-life physics apply in Angry Birds Space? Given that in its past versions, projectile computations are approximately precise, what happens if you remove the birds and the pigs from earth and send them to outer space? The challenge is accepted by Rhett Allain, an associate professor of physics. 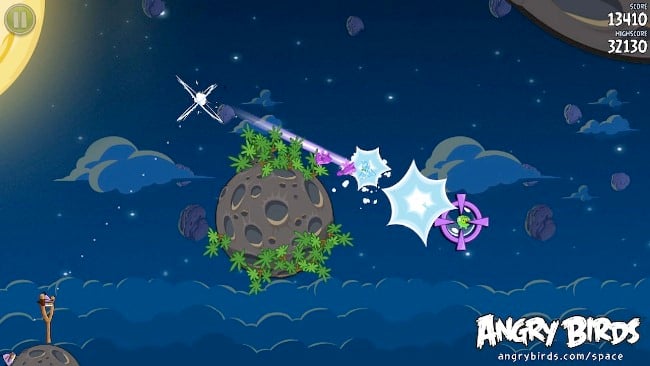 Allain’s main focus in his study of the game is the bubble surrounding an asteroid, which can be easily dismissed by players as the area where the birds “interact with the rock,” possibly a space where gravity is present. Outside the region, the bird would exhibit inertia — no change in speed, no change in direction.

He then discovers some interesting points about the game after his observations and computations: indeed there is gravity inside the bubble, but there seems so be another force present, which can be frictional force. It also seems like the bird gets a speed boost when the bird enters the bubble.

For a complete analysis of gravitational force in Angry Birds Space, click the link below.