The new HD GoPro Hero 3 action camera are now half the size of its predecessor Hero 2 and are equipped with built-in Wi-Fi technology. The flagship action cam of the range is the GoPro Hero 3 Black edition, is capable of capturing both 4 K and 2.7 K video resolutions. 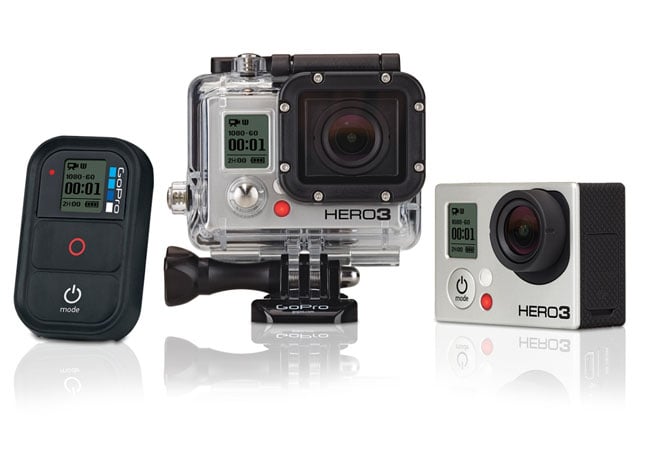 “The Wi-Fi enabled HERO3: Black Edition is the most advanced GoPro, ever. No expense was spared during its development, resulting in a GoPro that is 30% smaller, 25% lighter and 2x more powerful than previous models. Wearable and gear mountable, waterproof to 197′ (60m), capable of capturing ultra-wide 1440p 48fps, 1080p 60 fps and 720p 120 fps video and 12MP photos at a rate of 30 photos per second, the HERO3: Black Edition is the world’s most versatile camera. Built-in Wi-Fi, GoPro App compatibility and the included Wi-Fi Remote (normally a separate $79.99 accessory) make the HERO3: Black Edition all the more versatile, still.” 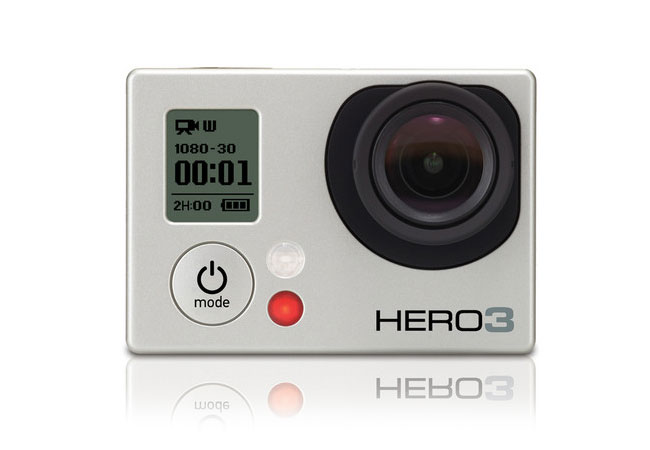 The GoPro HERO3 Silver edition, is fitted with a 11 megapixel sensor has been created specifically for recording action sports,and is equipped with a waterproof housing that will protect the camera to depths of 197 feet, and allows it to record video in 1080p at 30fps, 960p, 720p, and 480p.

The new GoPro Hero 3 White, Silver and Black editions are available for pre-order at GoPro.com and are shipping to specialty retailers worldwide for $199.99, $299.99 and $399.99 respectively. For more information jump over to the goPro website for technical specifications on all three GoPro Hero 3 action cameras announced this week.