GooPhone are well know for cloning a number of different devices, we recently saw theme clone Apple’s iPhone 5C, and now the company has released a new device, a GooPhone Smart Watch.

The video below shows the GooPhone Smart Watch in action, the device actually runs Android, but as you can see from the home screen on this smart watch it has a UI which is similar to Microsoft’s Windows Phone. 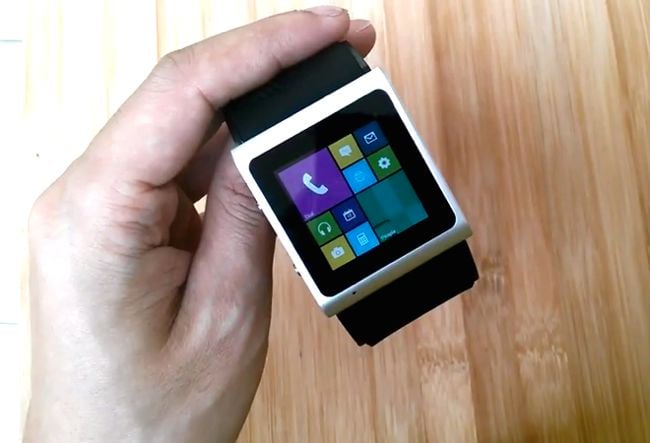 The GooPhone is designed to be used as a normal mobile device instead of a communicator device for your smartphone, as it comes with its own 3G connection and GPS.

The device features a 1.54 inch touchscreen display with a resolution of 240 x 240 pixels and it is powered by a dual core MediaTek MT6477 processor with a clock speed of 1.2GHz, it also comes with 512MB of RAM, 4GB of storage and a 2 megapixel camera.

The GooPhone Smart Watch will come with Android 4.0 Ice Cream Sandwich, the device will go on sale later in the year, you can find out more details over at GooPhone.