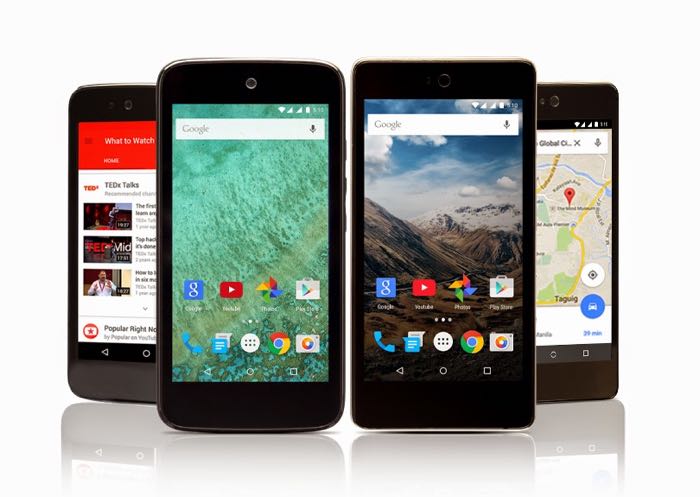 Google has announced the launch of their first Android One devices in the Philippines, there will be two handsets at launch the Cherry One and the MyPhone Uno.

Both of these new Android One smartphones will come with the same specifications which include a 4.5 inch LCD display with a FWVGA resolution of 854 x 480 pixels.

Processing comes in the form of a quad core MediaTek MT6582 processor and there is also 1GB of RAM, for storage the Uno comes with 4GB and the Cherry 8GB.

Other specifications on these new Android One devices include 3G, dual SIM cars slots, a microSD card slot for expansion and a 1700 mAh battery.

The Cherry One and the MyPhone Uno also come with front and rear facing cameras, on the front of the device is a 2 megapixel camera, on the back there is a 5 megapixel camera and both devices will come with Android 5.1 Lollipop.

The Philippines is the sixth country that Google’s Android One has launched in, both devices will be available in the country shortly.