Google+ is still a long way fro threatening the likes of Facebook, but reports are now confirming that Google+ received its biggest increase in traffic during December last year. Seeing traffic jump a massive 55 percent last month, recording 49 million visits. But to put this in perspective Facebook around half a billion users visit their Facebook account on a daily basis. 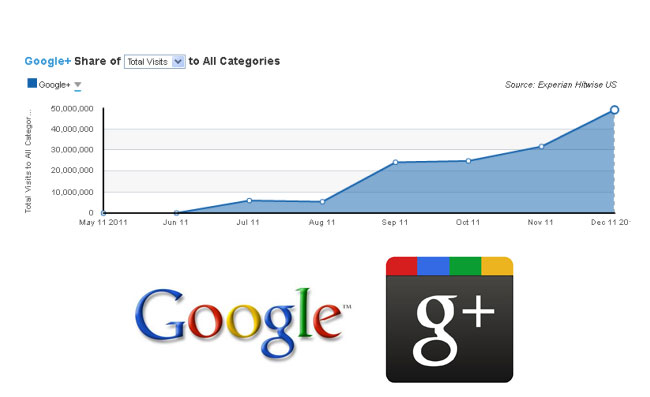 Over the past year Google has been busy rearranging its products in to a more unified structure and integrating them all together in to one global service for its users. Using the likes of Android, Picasa Web Albums, Gmail, search, and Reader to cross promote it products and services.

It will be interesting to see how Google+ expands during 2012, and if it can make any serious headway into the ranks of Facebook users.