As well as announcing their latest figures on Android, Google also revealed some details on their new social network, Google+ in their recent earnings call, and Google+ now has over 90 million users around the world.

Google opened up Google+ to everyone just four months ago, the last figure we heard on Google+ number was back in December, where we heard that that Google+ had around 62 million users, although these figures were estimated. 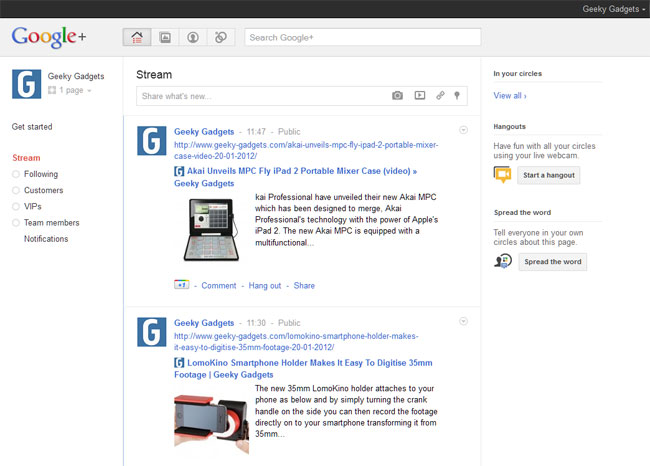 Google+ is still quite away behind the world’s largest social network, Facebook which is reported to have over 800 million users, and expected to hit the 1 billion mark some time this year.

Google has been adding a number of new services and feature to Google+ over the last few months, and we can expect this to continue as Google attempts to take on the like of Facebook and Twitter.

It will be interesting to see how many users Google+ will have by the end of the year, and whether they will be able to make a dent in the massive amount of users of Facebook.