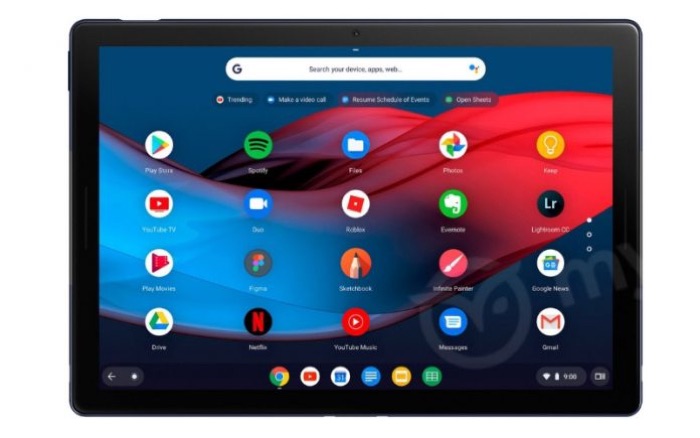 Google are expected to announce their new Pixel 3 and Pixel 3 XL smartphones this week, now it would appear that they will be launching a new tablets as well, the Google Pixel Slate.

Some images of the Google Pixel Slate tablet have appeared online, the tablet with apparently come with Google’s Chrome OS rather than their Android OS.

The new Pixel Slate will apparently feature a detachable keyboard and will also come with a stylus and will feature stereo speakers.

Those are the only details we know about the tablet so far, we will have more details when it is made official. Google is holding a press event tomorrow where it will announce its latest devices, including the new Pixel smartphones.