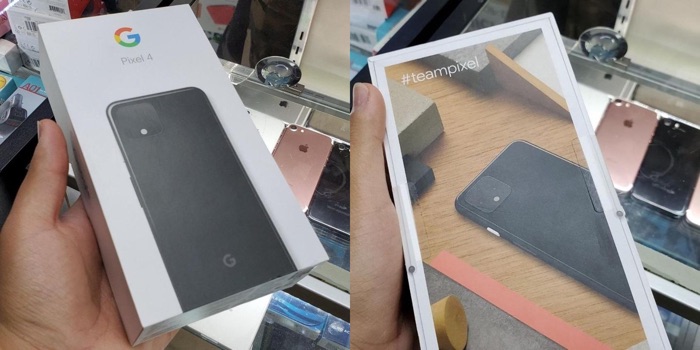 The Google Pixel 4 will be made official soon, we have already seen some leaked photos of the handset and now the retail box for the device has leaked.

The pictures of the new Pixel 4 smartphone retail packaging were shared on Reddit and these have revealed that the handset will come with a 5.7 inch display.

The Pixel 4 XL will have a larger display, the handsets will also come with an 18W USB-C charger in the box for faster charging.

Google are holding a press event tomorrow where they will make their new Pixel 4 and Pixel 4 XL smartphones official, there have also been rumors of a 5G version of the handset, we will have more details on these new Android 10 smartphones tomorrow.