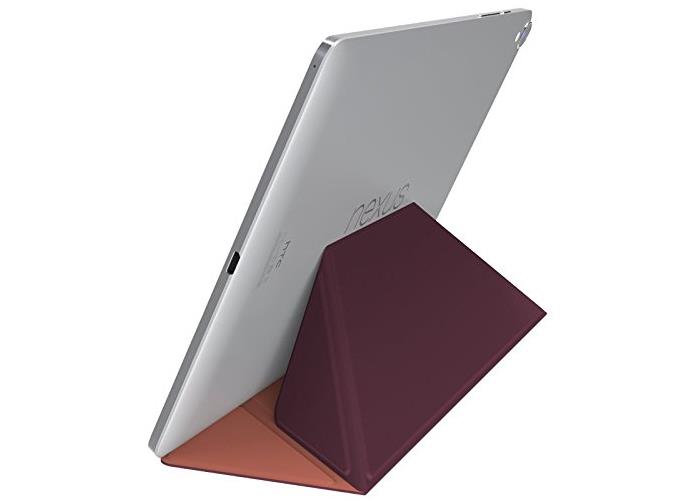 The HTC Nexus 9 came with a few accessories including the Magic Cover which provides protection to the tablet, and can also act as a kickstand if you want to watch videos.

If the Nexus 9 keyboard folio case is not something you like, HTC is now selling the Magic Cover for the Google Nexus 9 tablet for $39.99. The cover was listed in several color options, but HTC is only selling the Coral Amethyst variant.

The case offers protection to the tablet, and comes with a magnets which helps keep the case attached to the tablet. Keeping it closed makes sure the tablet is asleep when its not in use.

The HTC Magic Cover is a magnetic attachment cover that can be attached to the front or back of the tablet The magnetic hinge cover can be opened and remain attached to the tablet without any fixed attachment or mechanical parts The HTC Magic Cover supports automatic screen wakeup and sleep when the cover is removed from front side. Also, the camera will launch when corner flap over the camera is folded down and when placed on the backside of the tablet the cover can fold into two stand positions upright for viewing and low for typing

If you don’t like the coral amethyst color, you can head over to the Google Play Store as the company has also started selling all color options for the case with one to two days shipping estimates.

Anyone thinking about getting the Nexus 9 Magic Cover?