Both the 8GB and 16GB models of Google’s Nexus 7 tablets are showing as out of stock at Google’s Play store, we have been hearing that Google is going to release a new 32GB model which will retail for $249 and that Google would drop the price of the 16GB model down to $199.

As Google are now showing both models out of stock, it looks like they are getting ready to update their store with the new models at the lower prices for more storage. 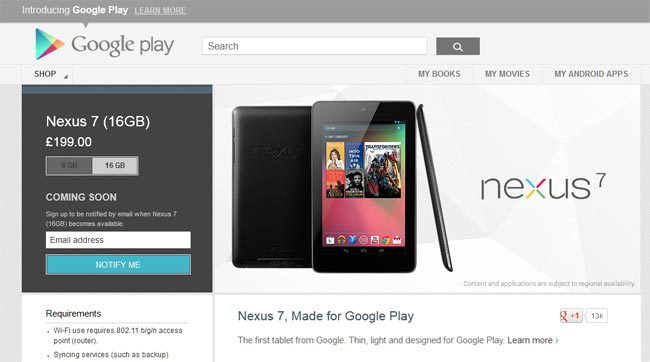 Google were supposed to be holding an Android event today, but this had to be cancelled due to hurricane Sandy, we suspect Google will be updating the store with the new models some time soon.