Google is silently rolling out an update for Google Maps for Android that updates it to v7.3. The updated Google Maps brings many new features, as well as improvements to the ones that were already present in the application. Google Maps for Android v7.3 brings several new features including directions for multiple destinations, see your flight,hotel, and restaurant reservations, upcoming events near your locations, updated notificiations system, and more. 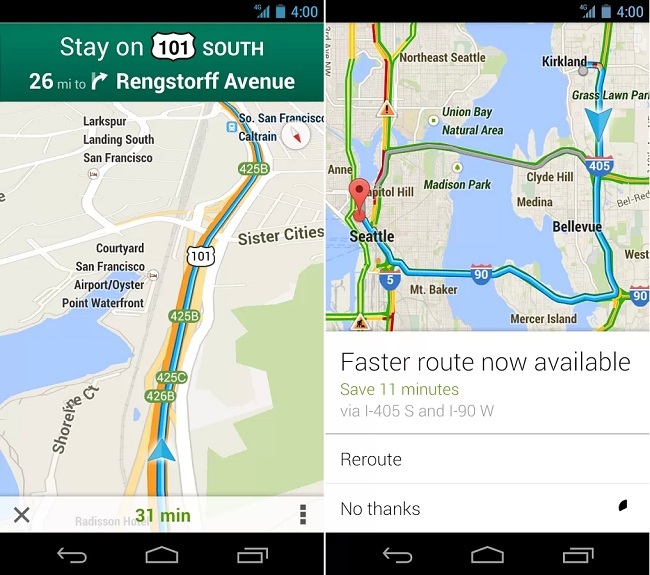 Google didn’t provide the official changelog as of now, but the folks at Android Police managed to dig inside the application and find out what the new versions bring at the table. The most notable change is in the notificiations that display more information than just the destination and direction. Now, the notification will also show users the time to destination, distance to destination and estimated arrival time. Additionally, there are some changes to the navigation cards as well. You may not be able to recognize it at first sight, but if you take a closer look you’ll notice that they are more compact and easier to read.

Other changes include confirmation dialogs that asks users to confirm before discarding a review you’ve written, which is useful in many situations. Other minor features include Google Analytics support for app usage reporting, improvement to caching of icons, and the usual bug fixes and improvements.

Update: It appears that the update brings several useful features, which were not mentioned by the folks at Android Police. The latest update allows users to setup directions for multiple destinations, which means that you can plot multiple destinations on your route while travelling. Just specify your destination and tap on the “+” icon to add stops to your route. Additionally, the latest update also allows users to find their hotel, flight and restaurant reservations from withing Maps. Lastly, Google Maps will show you the upcoming events near you.

You can download Google Maps from the Google Play Store.