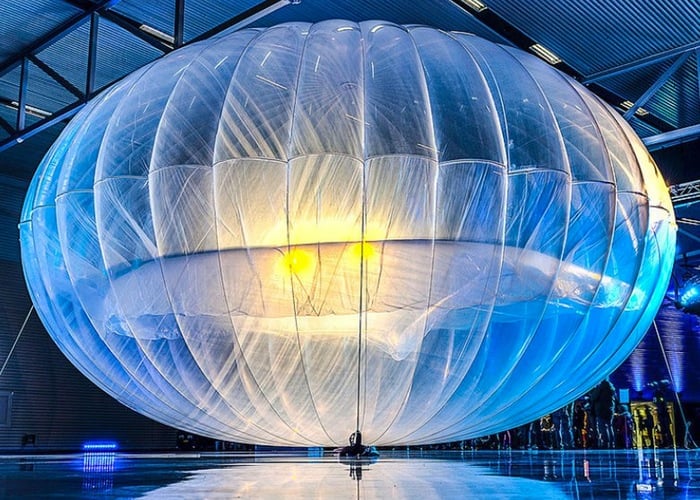 Google has this week revealed that it will start leasing its balloons that will be part of its new Google Loon wireless connectivity project, to wireless carriers as they fly over countries where each company provides service.

Google unveiled their very innovative Google Loon project back in June last year, which it has been developed to provide Internet access in rural and remote areas without huge setup costs.

To do this Google Loon will use high altitude balloons positioned in the stratosphere at an altitude of about 20 miles above the Earth’s surface. Creating aerial wireless networks that can offer users speeds similar to that of 3G.

The Google Loon technology has been created to enable countries avoid the expensive fiber cable installation to connect to the Internet. Allowing developing countries in regions such as Africa and Southeast Asia that can’t afford to lay underground fiber cable to benefit from Internet connectivity.

“The balloon envelopes used in the project are made by Raven Aerostar, and are composed of polyethylene plastic about 3 mil or 0.076 mm (0.0030 in) thick. The balloons are super pressure balloons filled with helium, stand 15 m (49 ft) across and 12 m (39 ft) tall when fully inflated, and carry a custom air pump system dubbed the “Croce” that pumps in or releases air to ballast the balloon and control its elevation”