We love the fact that Google’s Android updates, no matter how incremental, usually bring a tone of good stuff along. And the first Honeycomb update hitting Verizon Motorola Xooms as we speak is no different. Not only does it bring Google’s new movie rentals, but it also adds a handy dandy USB host mode that will let you connect the vast majority of USB devices to your tablet, including external USB drives, digital cameras  and dare we say it, other Android tablets. Also Xbox and PlayStation controllers apparently, which should see an emulation renaissance on the system if nothing else. 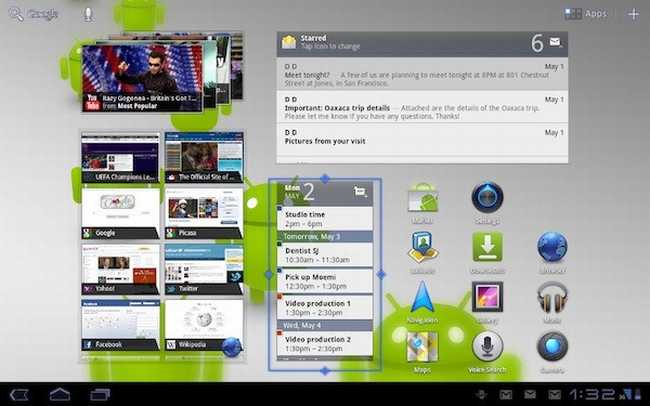 Add to that a new Movie Studio editing app, a new Books app, resizeable widgets, faster browser and all that other madness. The news also came down that this will be hitting Google TV this summer, but no word on a release date for the rest of the tablets, not even for the Galaxy Tab 10.1 Google was handing out for free at the event.

Also, we really wouldn’t want to be those Notion Ink boys right about now. Take a look and our article on Android vs iPhone to see which smartphone and mobile platform is best for you.