Google has announced a partnership with Slooh an astronomy website that allows users to view and upload images of space.

Google will be adding a Slooh layer to Google earth allowing users to view live astronomy events and explore our surrounding universe. 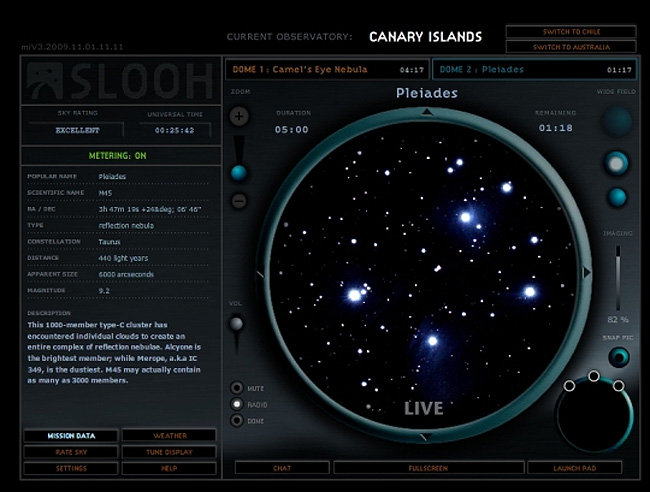 “Slooh’s “map the universe” layer brings a powerful educational component to Google Earth,” said Noel Gorelick, Technical Lead, Sky in Google Earth. “Not only does the ability to explore space live bring a totally new active dimension to the experience, but also gives Google users a deeper awareness of the positions of a myriad of celestial objects and the birth of galaxies in our solar system.”

Anyone, regardless of age or skill level, can explore outer space in real-time and play an active role in mapping the universe.