Google launched their Google Currents application for Android and Apple’s iOS back in December, the application lets you read online magazines and other content on your mobile device or tablet.

When the app was launched it was only available in the US, and now Google has tolled out Google currents internationally, and is now available for both Android and iOS around the world. 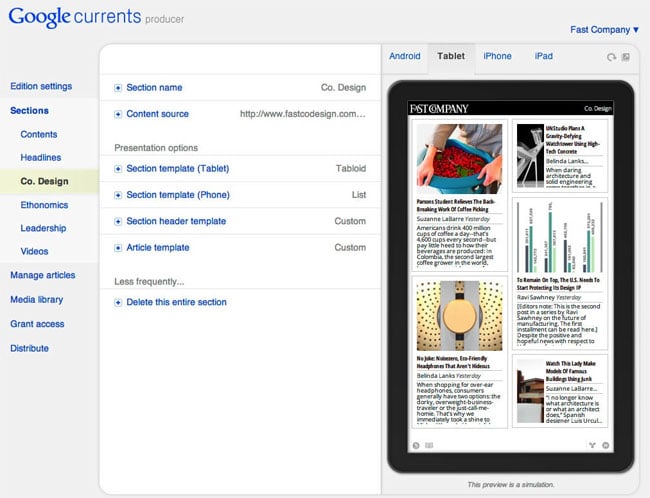 With this update, we’ve made Google Currents available globally, wherever apps are available on Google Play and the Apple App Store. International publishers, using Google Currents Producer, can now begin adding local content for an international audience, choosing where to make it available globally and whether to enable auto-translation. For example The Guardian in the UK, LaStampa in Italy, Financial Times Deutschland in Germany, ABC News in Australia, Neue Zürcher Zeitung in Switzerland and Hindustan Times in India have already started publishing editions with local content. Readers can also add their favorite local blogs which are instantly converted into Currents editions.

You can find out more information about the Google Currents application for Apple’s iOS platform and Google’s Android platform over at the Google Mobile Blog.