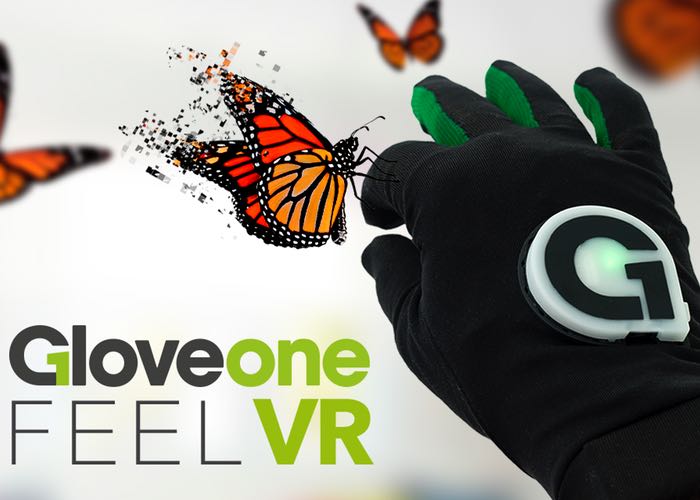 NeuroDigital Technologies has this week launched its new virtual reality glove over on Kickstarter looking to raise $150,000 to take their VR Gloveone system to consumers.

At the moment there are plenty of solutions in development for viewing virtual reality, however being able to touch objects within the virtual reality environment has always proved a difficult problem to overcome.
NeuroDigital think they have solved these issues with the Gloveone, that allows wearers to interact with virtual objects on-screen or using virtual reality headsets such as the awesome Oculus Rift. Watch the video below to learn more about the inspiration and features of the Gloveone virtual reality glove.

“We are proud to present one of the most cutting edge devices in virtual reality. Up until now, most developments within the industry have been focused only on the sense of sight in VR experiences. However, what’s the first thing that people do after they put on a VR headset? They try to touch & feel everything! Now this is possible with Gloveone!

Gloveone enables users to feel and touch any virtual object that they can see on the screen or in their VR headsets. If a virtual apple is shown on the screen, with Gloveone you will be able to feel its shape or weight, sense all of its physical features, and even smash it! It is all about translating touch sensations into vibrations. There are 10 actuators distributed along the palm and fingertips of Gloveone, which vibrate independently at different frequencies and intensities, reproducing accurate touch sensations.”

Jump over to Kickstarter to learn more about this innovative virtual reality glove and how it interacts with other virtual reality systems to provide a more in-depth and immersive experience for users.