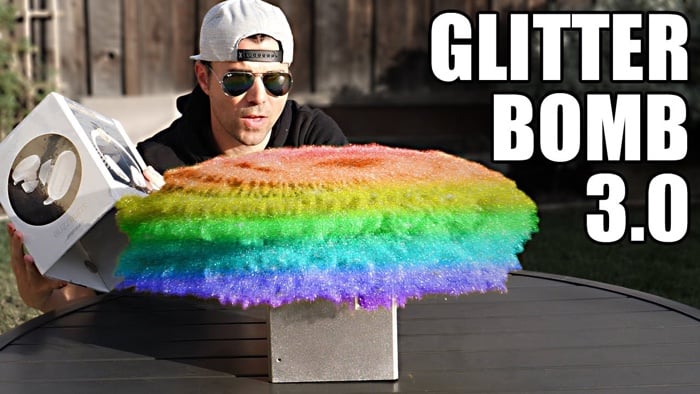 Mark Rober is back with his new Glitter Bomb 3.0 to take on the doorstep thieves, this years Glitter Bomb has had a number of upgrades over last years model.

The new Glitter Bomb 3.0 comes with a total of four smartphones to record video of the package thieves and a number of other upgrades.

As we can see from the video there are still plenty of package thieves out there who were surprised by the Glitter Bomb. This never gets old and it is amazing the amount of people that actually steal packages that have been left of peoples doorstep.