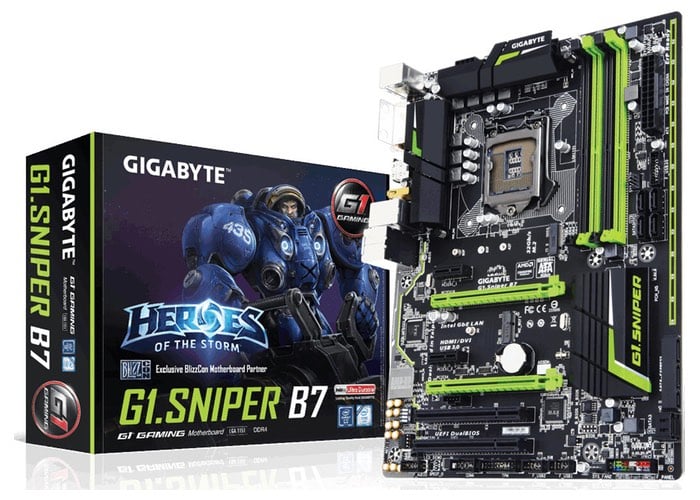 The new motherboard is based on the Intel B150 Express chipset and supports Intel’s latest sixth generation Intel Skylake processors as well as being equipped with four DDR4 DIMM slots.

Networking is handled by the Intel i219V gigabit Ethernet controller. The onboard audio is impressive as it offer a 115 dBA SNR CODEC with ground-layer isolation, audio-grade electrolytic caps, and an OPAMP. Additionally, the board also includes three USB 2.0 DAC-UP ports for USB headsets. Peripheral connectivity is handled by two USB 3.0 ports on the rear panel of the board and two by the header. The board draws power using a 24-pin ATX and an 8-pin EPS power connector, with 7-phase VRM for the CPU.

Unfortunately no information on pricing or worldwide availability has been released as yet Gigabyte, but as soon as information comes to light we will keep you updated as always.