Gigabyte have unveiled their new Z68XP-UD3-iSSD motherboard this week, which has been built to include a integrated SSD drive and now comes pre-bundled with an IntelSSD 311.

The new combination has been created using Intel’s Z68 Express chipset and is equipped with a 20GB Intel Solid-State Drive 311 Series, enabling users to take advantage of the performance benefits of Intel’s Smart Response Technology straight out of the box. 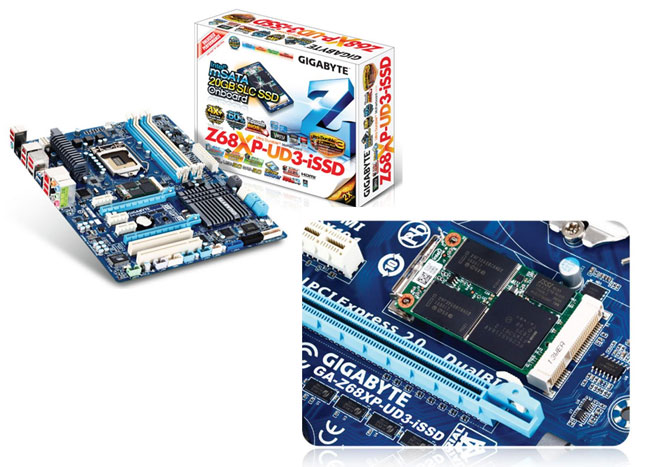 The new Gigabyte Z68XP-UD3-iSSD motherboard will be arriving at the end of June. Unfortunately no information on pricing or worldwide availability has been released as yet, but as soon as it becomes available we will let you know.

For more information on the new motherboard jump over to the Gigabyte Z68XP-UD3-iSSD motherboard webpage.