By ‘Mars pics’ is meant the real deal–photos taken from the surface of Mars. Based on what has popped up online, no evidence of long dead civilizations were caught, but the scenic tranquility of the red planet is still quite a feast for the eyes.  There are lots of rocks too. As for the principal photographer, it’s the Martian rover called Opportunity. After almost eight years of being in-planet it has amassed quite an incredible library of pics. No kidding. The really cool part is a NASA developer has created an iPhone/Android app for viewing the wealth of media. 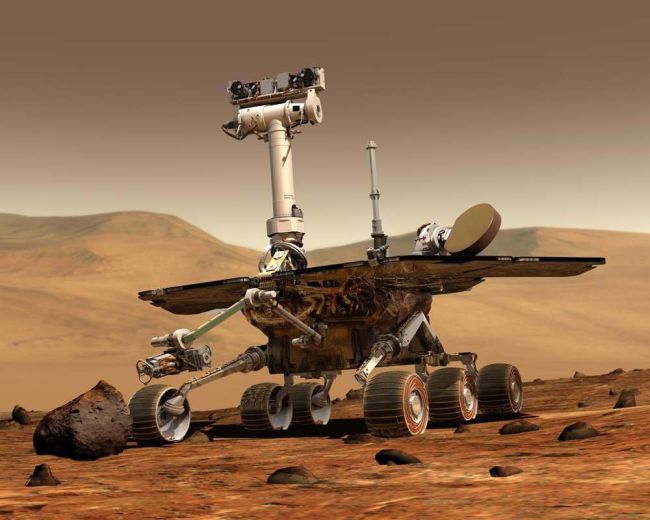 Just to clarify, seen above is a computerized rendition of Opportunity. Don’t mistake it for the kind of pics that the rover is transmitting from its Martian odyssey.

Mark Powell over at the Jet Propulsion Laboratory did the grunt work. Those interested can enjoy the app for iPhone/iPad and Android, access old photos plus new ones taken fresh from Mars.