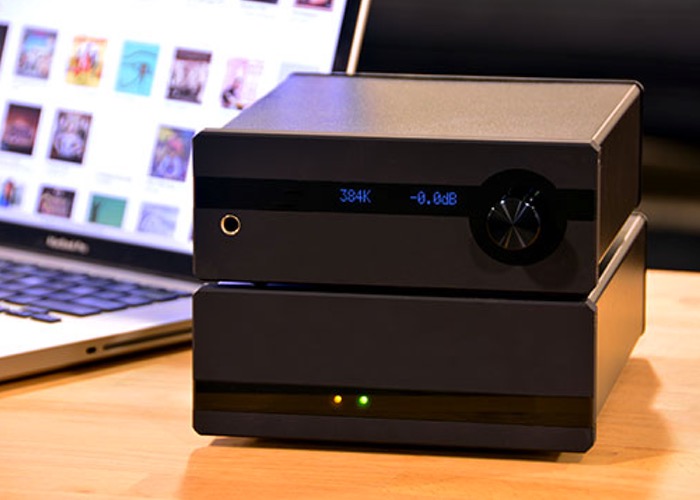 If you missed out on the original Indiegogo crowd funding campaign that enabled the Geek Pulse high definition DAC and headphone amplifier to go into manufacture, but would still like to own one.

You will be pleased to know that the campaign has now moved into the ”Indiegogo Forever Funding” pilot program allowing those interested to now grab a final bargain before the prices are changed to reflect the full retail price on January 1st 2015.

The creators of Geek Pulse explain a little more about their high definition desktop audio DAC and headphone amplifier :

PayPlans are similar to “layaway.” You make a down payment, and then we invoice you later for the rest. In the case of Geek Soul, it’ll be three additional payments that will need to be made prior to us shipping your unit out to you.

Be sure to act quick, because these perks will be released in batches and will be quantity and time limited. Geek Soul is shipped in the order in which contributions are made, so the sooner you make your first payment, the sooner you’ll get your Geek Soul.”

“It’s happened to all of us at one time or another. That moment when, seemingly out of the blue, we get caught up in a song so much that we lose all sense of our surroundings. It’s human nature. Scientists have been trying to figure out why listening to music feels so good. But does it really matter why? It makes us feel good, so let’s keep doing it.

A chasm has been growing between two groups of people: the so-called “audiophiles” and the rest of the music loving world. You see, since the invention of the compact disc we have collectively decided that convenience is more important to us than quality. Audiophiles have been wringing their hands attempting, often times in vain, to convince the rest of the world that it’s possible to have a “live performance” qualityexperience each time we listen to music— just not with a CD or MP3. The world has largely ignored audiophiles, probably because of a lack of experience with a truly high-definition audio system, or, more likely, because it’s hard to justify spending tens of thousands of dollars on bulky stereo equipment.

But what if everybody could experience what audiophiles have been trying to convince us of without sacrificing convenience or so much of our hard-earned money? If just listening to music makes you feel so good, can listening to high-definition music make you feel even better?”

For more information on the new Geek Pulse amplifier jump over to the Indiegogo website for details and the ability to pick one up at a reduce cost until January 1st 2015 via the link below.