Game Consoles Worldwide (GCW) has this week announced that their new GCW-Zero Retro handheld games console will start shipping in May 2013 for $159.

The GCW-Zero Retro handheld games console is powered by a Ingenic JZ4770 1 GHz MIPS processor, supported supported by 512MB of RAM, and a Vivante GC860 graphics chip, capable of OpenGL ES 2.0 and has been designed to run Linux 3.x OpenDingux. 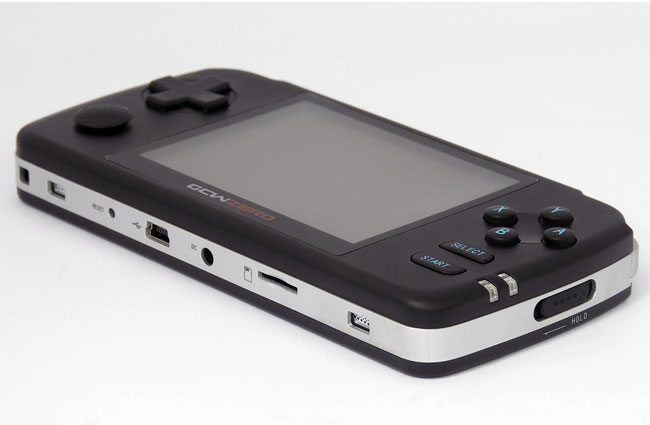 Due to the GCW-Zero running open source software you are able to run a number of applications and enjoy retro gaming up until the original PlayStation console. GWC explains:

“We are developing the GCW-Zero, a handheld console built around the Ingenic JZ4770 1 GHz MIPS processor. It is powerful enough to run classic PC games, emulate the game consoles we grew up with and run homebrew games seamlessly at high frame rates. Because the Zero runs Linux, a huge library of excellent, free, open source software can run on it.”

The GCW-Zero games console raised funds via Kickstarter earlier this year and was expected to originally launch in March. For more information on the new GCW-Zero jump over to the GWC website for details.