Gamestop has today revealed that they will be organising Mass Effect 3 midnight launch events at over 3,600 of their stores throughout the US. But don’t worry if you will be unable to make any of the events in person as fans will also be able to participate and interact with the Mass Effect 3 development team virtually. Through the BioWare TV live stream which will broadcast midnight launch events. 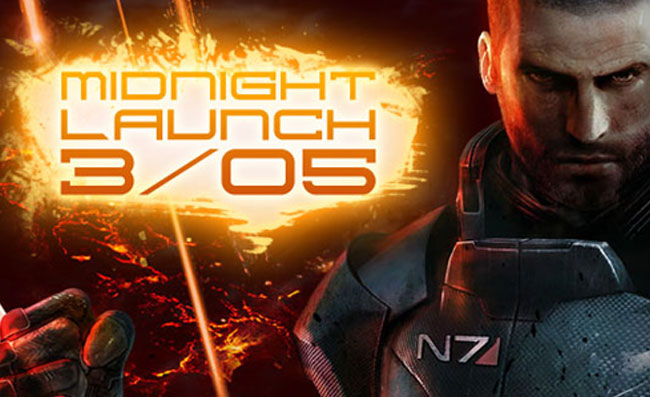 As well as the midnight launch events those Mass Effect 3 fans that pre-order at GameStop will receive exclusive bonus items including the N7 “Valkyrie” Assault Rifle and N7 “Defender” Armour.

Also is you pre-order your copy between March 6th and March 11th at GameStop you will also receive a $50 off voucher for a Kinect Sensor. Mass Effect 3 arrives on the Xbox 360, PC and PS3 console in North America on March 6th, and in Europe on March 9th, 2012.