The highly anticipated sequel Galaxy On Fire 2 will launch tomorrow after over a year in development and at a special introductory price of just $6.99.

The new sequel bring 10 hours of gameplay and includes a deluxe story mode with full voice acting. Watch the trailer after the jump to view the gameplay and visuals. 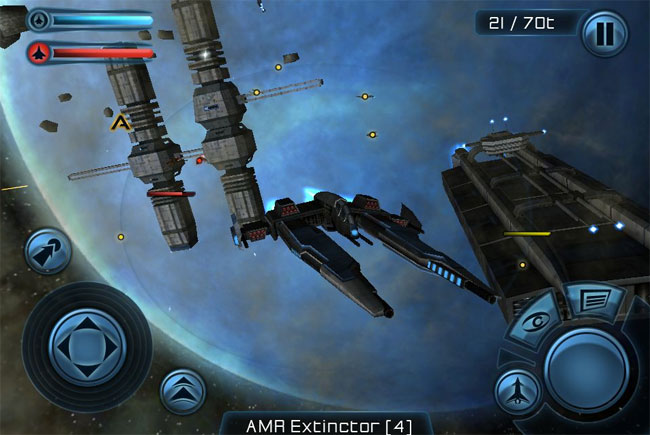 The new Galaxy On Fire 2 is available on all iOS devices: iPad, iPhone and iPod and allows you to explore 20 solar systems and face mission based and freelance mode as well.

The mercenary Keith T. Maxwell, the hero of the first part, is catapulted through space and time because of a malfunction in the hyperdrive of his space ship. He wakes up 35 years later and finds himself in a very different galaxy.

The fragile peace between the four peoples, which has been maintained for generations by the galaxy’s diplomats, is on the line: the Voids, an aggressive alien race, have entered the known universe using wormhole technology. United by a common enemy, the former adversaries now fight side by side for the survival of the galaxy.