This do makes a few things very clear. As expected, the device will come with two versions — SM-N9000 and SM-N9005. SM-N9005 will be powered by Qualcomm’s Snapdragon 800 SoC with LTE support while SM-N9000 will feature Exynos 5420 Octa processor.

A few rumors also suggest that the phablet will come in different screen sizes. If you ask me, I will not go with that rumor because there is no point of releasing a flagship phablet in different sizes. Featuring different different chipsets does make sense but size would be a big No for me. According to the wave of rumors, the device is expected to feature a 5.7 inch display, Exynos 5420 Octa/Snapdragon 800 processor, 3GB RAM, 13MP camera, 16GB onboard storage with Android 4.3 running on top of it.

Here are some images taken using the alleged Galaxy Note 3. 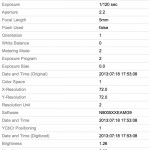 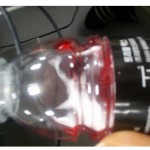 The device is expected to launch on 4th September in Berlin at IFA 2013.