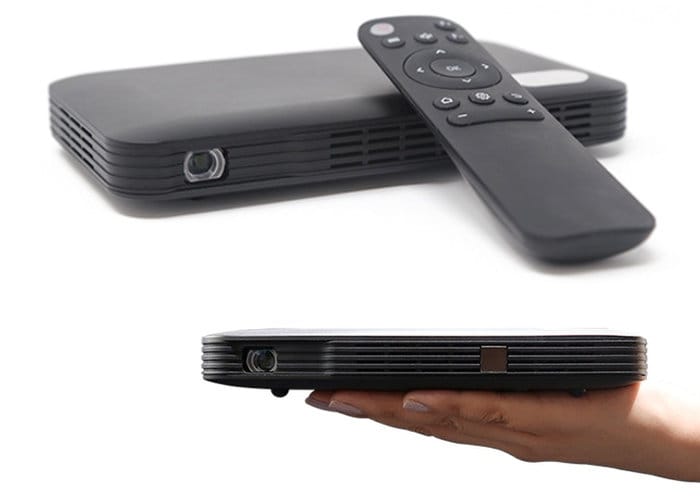 A new portable 4G projector has been launched via Kickstarter this week in the form of the FuntaSee developed by a team based in Los Angeles, California. Offering unlimited 4G data streaming as well as support for already established applications such as Netflix, the portable projector is now available to back with early bird pledges available from $399 or roughly £300. Watch the demonstration video below to learn more about the FuntaSee 4G Portable Projector and its features. 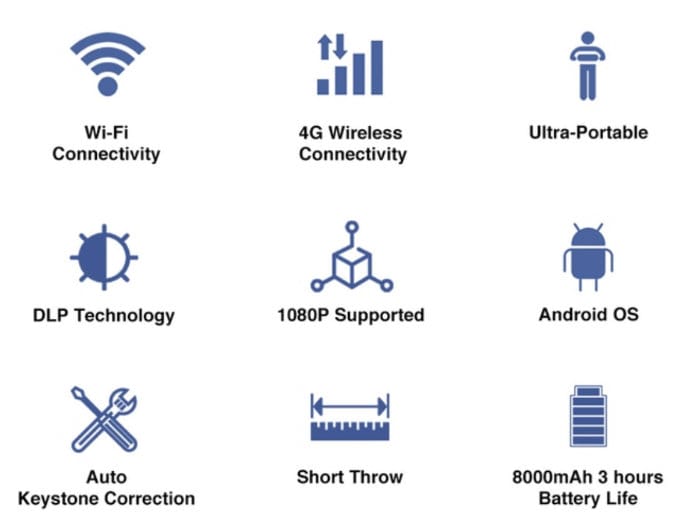 The FuntaSee 4G projector comes preloaded with Google’s Android operating system and is capable of projecting a 120 inch image. The projector will also allow you to stream data using 4G LTE speed with T-Mobile or any GSM sim card. Another handy feature of the projector is the ability to enable it as a WiFi hotspot, connecting different Android apps from Google play. The 8000 mAh battery when fully charged is capable of providing up to 3 hours of projection time.

“FuntaSee is equipped with a 4G card slot, and is entirely wireless and portable. This is the future of 4G, with a stunning and powerful theater available wherever you go. FuntaSee is making it possible to view anywhere with its slim body, which fits in your backpack. It is powerful enough to replace your home theater system, and to bring everyone a luxury watching experience. “

The FuntaSee 4G projector will start shipping out during October 2018 if the crowdfunding campaign successful and manufacturing progresses smoothly. For more information and a list of all available pledges jump over to the official Kickstarter campaign page by following the link below.