At CES 2013 this week Ematic has unveiled its new range of tablets for kids, ranging in size from 4.3 inch screen sizes up to 9.7 inch models, in the form of the FunTab Mini, FunTab, FunTab Pro and FunTab XL.

All the new tablets for kids are powered by Google’s Android 4.0 Ice Cream Sandwich (ICS) operating system, and have been designed to provide a safe haven  for children to learn and play says Ematic. 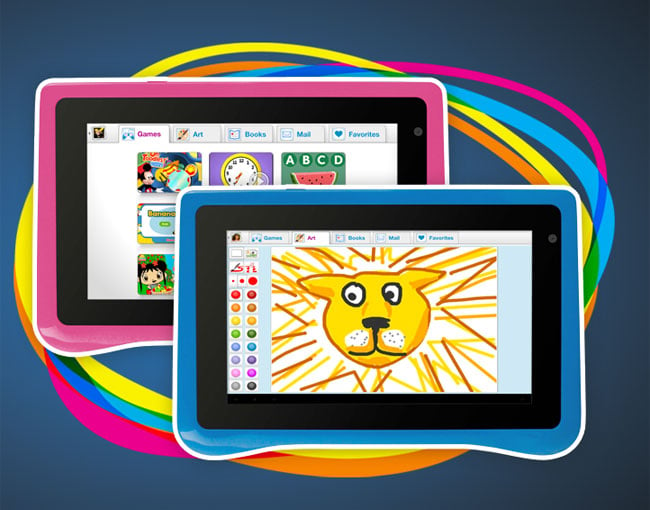 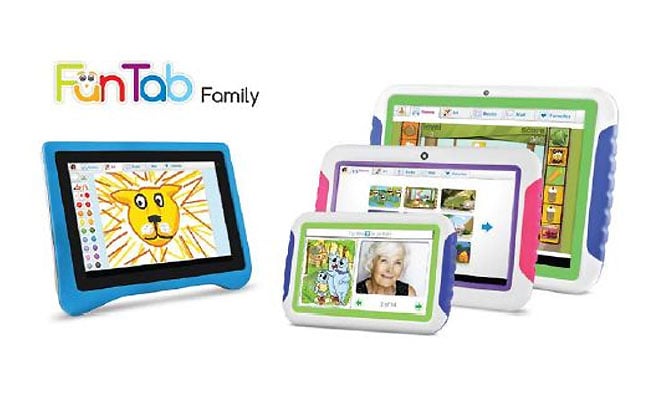 Roy Rayn, President of Ematic explained in their press release:

“There are plenty of children’s tablets on the market right now; but, we [Ematic] want to offer parent’s a platform that creates a safe haven for kids to learn and play,” -“The FunTab Family offers the best of both worlds: a great time for kids and peace of mind for parents.”

The FunTab is a 7″ capacitive touchscreen device with 1.2 GHz processor and 400 MHz GPU. The FunTab comes with front and rear cameras, and the battery allows for 5.5 hours of continuous playtime. It is available in blue/green and pink/purple. The FunTab retails for $119.99.

The FunTab Pro is a 7″ tablet with a 1GHz processor and dedicated GPU. It comes with front and rear cameras, and the battery allows for up to 8 hours of continuous playtime. The FunTab Pro features an HDMI output to connect your device to a television to view videos, play games and enjoy other multimedia content in 1080p. Users can customize this tablet with the included interchangeable faceplates which come in blue, pink and red. The FunTab Pro retails for $149.99.

The FunTab XL has a 9″ capacitive, multi-touch IPS screen for easy viewing of multimedia content. It has a 1.2GHz processor with 400 MHz GPU and 1GB RAM with16GB of internal storage. HDMI mirroring allows the child to watch videos and play games on any HDTV. The FunTab XL supports has front and rear cameras. It retails for $149.99.