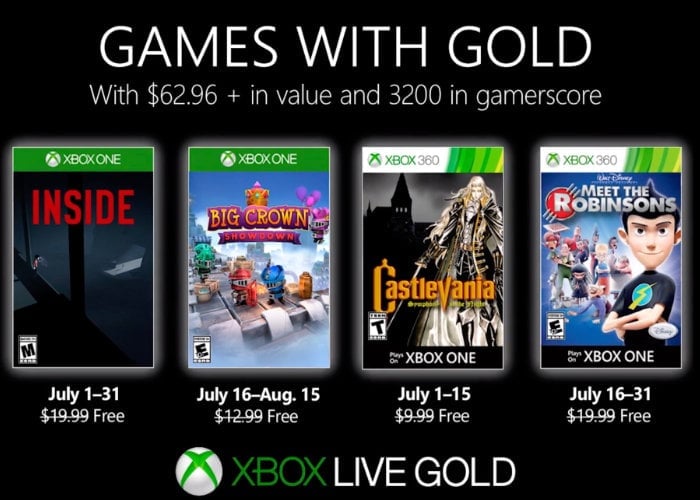 Over the weekend Microsoft and Major Nelson have revealed the new free Xbox games that will be available to Gold subscribers this month. Following the same pattern as used in previous months. For the month of July, Xbox Live Gold members will receive four new free games – two on Xbox One and two on Xbox 360. Check out the announcement trailer below to learn more about each one.

As always the Xbox 360 games are backward compatible and can be played on the Xbox One. The latest free Xbox games available with Xbox Live Gold have a ticket value of $63 and a 3200 in gamerscore.