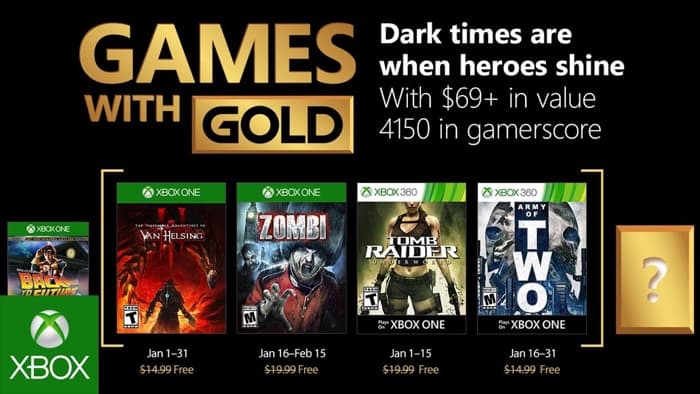 Microsoft have revealed their free Xbox Games With Gold for January 2018 are now available. These games are available free to Xbox Live Gold Members.

There are a total of four free games for January 2018 and these include The Incredible Adventures of Van Helsing III  which is available now on the Xbox One. There will also be ZOMBI free on the Xbox One from the 16th of January until the 15th of February.

For the month of January, Xbox Live Gold members will receive four new free games – two on Xbox One and two on Xbox 360 – as part of the Games with Gold program. You can play both Xbox 360 titles on your Xbox One with Backward Compatibility.

You can find out full details about all of the free Xbox games with gold over at Microsoft at the link below. Some of the games are available as of now and some are coming later this month.