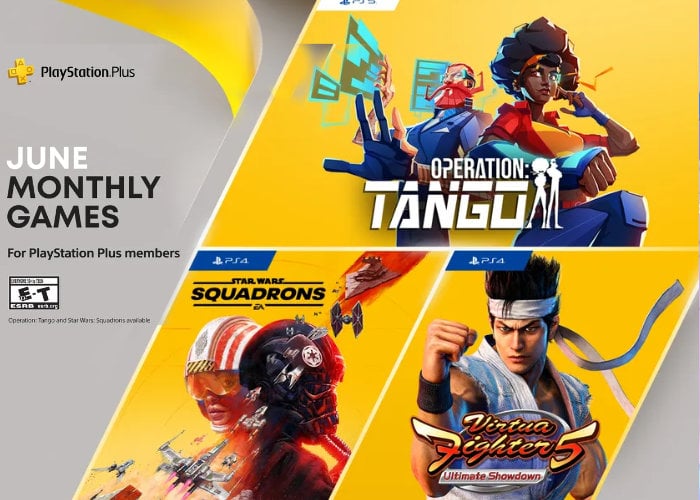 Sony has today revealed the free PlayStation Plus games for June 2021, confirming that Operation: Tango, Virtua Fighter 5 Ultimate Showdown and Star Wars Squadrons will be making their way to the PlayStation Plus service next month. Adam Michel Senior Manager of Game Services Content, SIE explained moreover on the official PlayStation blog.

“Cooperative futuristic espionage, remastered martial arts mayhem and dogfights in a galaxy far, far away await you thanks to the PlayStation Plus game lineup for June. New titles Operation: Tango and Virtua Fighter 5: Ultimate Showdown make their PlayStation debut, while Star Wars: Squadrons gives you the chance to pilot iconic starcraft like the X-wing and TIE fighter.”

“Master the art of starfighter combat in frenetic multiplayer space dogfights, and learn what it means to be a pilot in a thrilling Star Wars single-player story set after the events of Return of the Jedi and seen from alternating perspectives of two factions. The New Republic fights for freedom. The Empire demands order. Take control of iconic craft such as the X-wing and TIE fighter, customize loadouts and cosmetics, divert power between weapons, shields and engines while immersing yourself in the cockpit. You’ll also have the option to play the entirety of the game in virtual reality on PS VR***!”