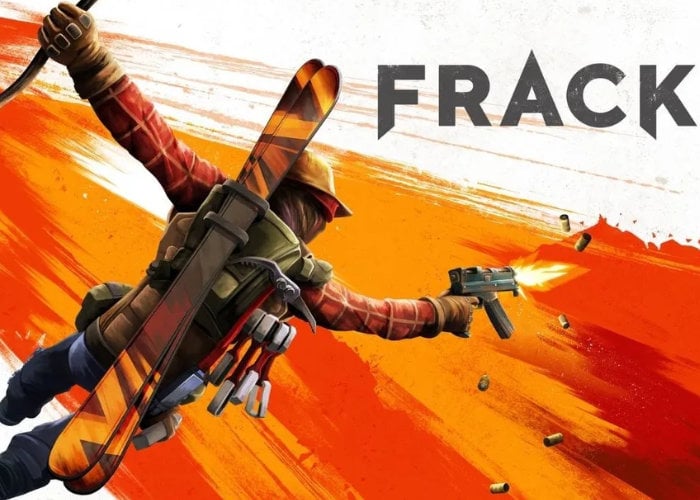 Dreams has announced their new action adventure game Fracked, will be launching on the PlayStation VR platform during the summer months of this year. Fracked has been created to seamlessly combines fast paced, 1:1 run and cover gunplay with exhilarating free running, skiing and climbing in virtual reality, check out the quick announcement, teaser trailer below for a glimpse at what you can expect from its gameplay.

Steve Watt Creative Director, nDreams explains a little more about what you can expect from the new game that will be launching on the PlayStation VR headset this summer. “In Fracked, we’ve cast the player as a hero thrown into the fight. Stuck deep inside a mountain fracking facility the region has been taken over by an army of gun-wielding, interdimensional maniacs known as (you guessed it) the Fracked! As the last hope for the world, you must take them down before it is all too late… We’re not going for subtlety here – it is bold, brash and uncompromising in its vision.”

Features of the new Fracked PSVR game include:

– This is unashamedly a true VR game only possible with PS Move controllers! Climbing, ziplining, reloading and in-world interactions are all driven 1:1 by the player’s hands. We couldn’t do this using a traditional gamepad.
– Skiing requires you to physically lean to steer and control. As with the rest of the game it is integrated with the combat – we’ll be showing this in the weeks ahead.
– We have nicknamed the combat “run and cover” gunplay because it mashes run and gun action with an innovative 1:1 grabbable cover system to create an all-new VR-only combat style. Not only does it play differently to what you’ve experienced before, it feels different too.
– To maximise VR’s 360˚ potential and our free movement vision we have designed arena style combat encounters that double down on verticality.
– Whilst we have aimed for a new, stylish take on classic action cinema – think a 2021 version of Die Hard or Cliffhanger – below the surface there is a Robocop-style cutting-edge satire about corporate greed and the climate change emergency. If Paul Verhoeven made a VR game (which would be AMAZING), we don’t think it would be a million miles away from Fracked!
– The game is getting PS5 enhancements! Those playing on PS5 can expect improved framerates, loading times and resolution. For those playing on PS4 and PS4 Pro, never fear, it looks incredible and plays the same.
– We can assure you that it is a complete coincidence that the name sounds a lot like a popular/unpopular profanity.