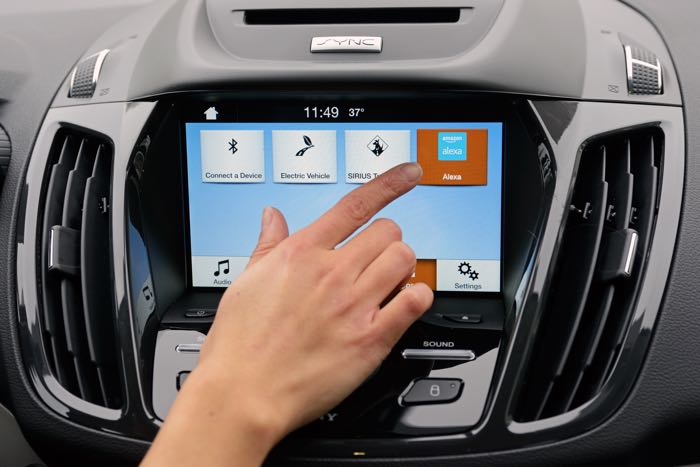 Yesterday we heard about Ford’s plans to bring Apple CarPlay and Google’s Android Auto to their Ford Sync platform and now the company has announced more plans for the platform.

Ford has announced that it plans to integrate Amazon Echo and Alex into their Ford Sync platform some time in the future.

Ford is exploring linking smart devices like Amazon Echo and Wink to its vehicles to allow consumers to control lights, thermostats, security systems and other features of their homes from their car, and to stop, start, lock, unlock and check their vehicle’s fuel range from the comforts of their couch.

Ford is working to link the home automation devices with its vehicles through industry-leading Ford SYNC®. This comes as half of consumers say they will buy at least one smart home product in the next year, according to Icontrol Networks.

As yet there are no details on when these features will be added to their in car systems, you can find out more details at the link below.