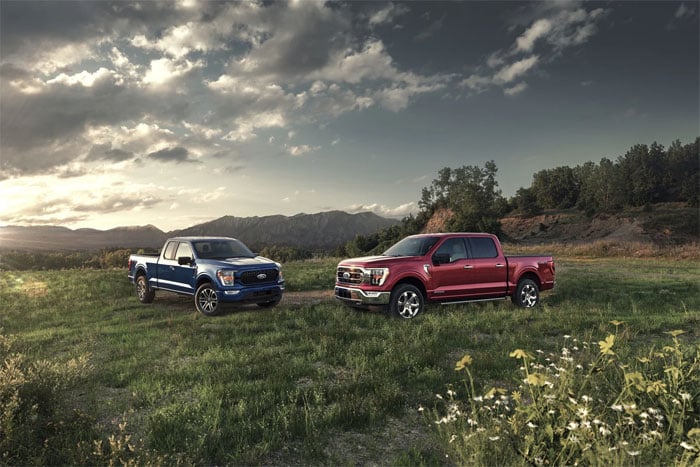 Ford is currently struggling, along with other automakers in the US, to get enough microprocessors to complete its pickups. A new report has surfaced that claims Ford is considering shipping incomplete F-150 trucks to dealers to help keep its manufacturing operations running.

The trucks would reportedly be completed at the dealership getting the vehicles closer to the point of sale and helping to reduce shortages. Images of thousands of new F-150 trucks parked in lots around the country have been circulating. The trucks are reportedly complete and ready to go, except they’re missing critical electronic components that require semiconductors that are currently unavailable.

Currently, Ford is holding onto the trucks until it’s able to procure the chips to complete them before they are shipped. According to the report, if Ford shipped incomplete vehicles to dealerships, dealership staff would have to get trained on how to install the hardware once it arrives. The dealership will also reportedly be paid for almost an hour’s worth of labor for installing components in each vehicle. Ford hasn’t confirmed the rumor at this time but has said it’s working on several options to get vehicles to dealerships as quickly as possible.