On Wednesday China’s outer space bragging rights got a new lease after a couple of modules locked into each other the previous week. The operation is a first for the Communist country and marks a high point in their fledgling bid to conquer Earth’s near-orbit. Next up: A manned space station! Either that or they might as well just rent the ISS during its off season. 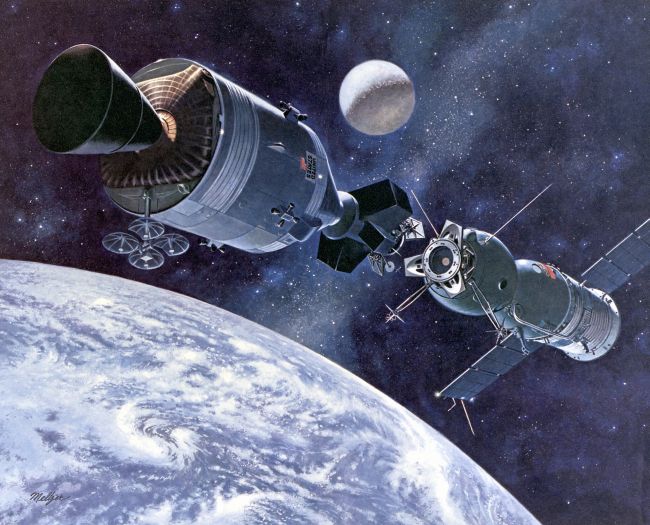 The space craft involved were the Shenzhou 8 and the Tiangong 1. (Seen above is a concept illustration of two different spacecraft.) The former was launched just days prior the docking, which occurred 340km from the atmosphere. As an added precaution, the whole operation was unmanned though a series of experimental tests are being carried out within the modules thanks to the help of Germany’s space agency, which contributed a box of living things, i.e. worms and germs.

The Shenzhou-Tiangong union is scheduled to last 12 days before they separate, dock again, separate one last time, and finally bid farewell. Shenzhou 8 is expected to land somewhere in China via parachute so that scientists can retrieve its samples. (From Germany, remember?)

China’s long term plan with regard to space is to build its own manned station, a grand ambition that’ll be operational by the decade’s end.