If you’re looking for a decent app to feed your News hunger, take a look at Flyne. Flyne The Offline  Reader lets users connect with their Twitter or Feedly account and lists all the latest news. As for Twitter, it uses the Twitter lists you’re following to feed you with the latest happenings.

Recently, the app received a big update, bumping it to version 1.2.4, and introduces a bunch of new features and enhancements, incuring some visual tweaks and more features. 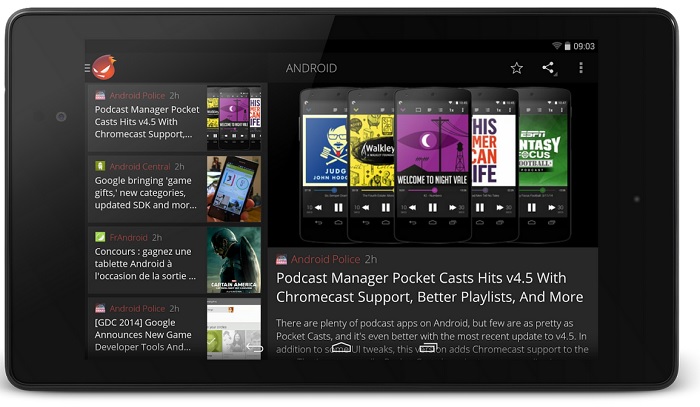 Along with the usual bug fixes, the app brings some improved themes, two way sync for Feedly, improved performance and navigation, new tablet layout and much more. Here’s the complete change log of Flyne 1.2.4:

Head over to the Google Play store to download Flyne or update it if you’re an existing userr. It’s free, but comes with in-app purchases as well.